I look directly into my wife’s eyes. The sparkle is gone. She’s hurting. Wait, that’s not hurt, it’s pure anguish. She looks frustrated. She shuts her eyes tight for a moment as if looking within for strength. She opens them again. Now she looks defeated as she glances down to the floor. I close my eyes briefly as I struggle to maintain my own composure. When I open them again our eyes lock briefly. I see she’s completely overwhelmed and I can’t help her. It’s scary. Nobody should have to go through this kind of discomfort. But here we are, facing each other and trying our damndest to finish 15 squats with light dumbbell lifts.

Functional strength training. For couples. That’s what it’s called. We have just completed our sixth week of two one-hour sessions per week. Twelve hours in total of exercising under the instruction of Gretha Garnett, a qualified biokineticist that could comfortably be a drill sergeant in any military division.

It’s not that Gretha is mean. Actually it is. Gretha is mean. But in a cruel-to-be-kind way that makes you love her more than hate her. After the session. Many hours after…

To say that Joanne (my wife) and I have struggled to accept just how low our level of general fitness, strength and mobility is, is an understatement. There isn’t a term strong enough to explain our despair at discovering that we have indeed arrived at middle age having lost so much of the physical vigour, flexibility, strength and balance we once took for granted.

We are both from sporty backgrounds. Joanne swam for England as a junior, swam provincially when she moved to South Africa; did track and field and played first team hockey at school; and took up cycling and mountain biking after leaving school. I was a keen sportsman at school doing athletics and cricket and then moving into cycling, mountain biking, track cycling, duathlon and triathlon and competing at a provincial and national level in all of them. I even earned provincial colours for road cycling, triathlon and duathlon in my early adult years.

Then came marriage, then having a child, then owning a house, then owning a business and selling that house. Then having another child. Then buying another house. And starting another business. All of those added great depth and value to our lives, but they also robbed us of the ability to make exercise and fitness a high priority. Sure, we spend a few months every couple of years foucssing on a mountain bike event, getting quite fit, but never able to really put in the time we’d like. We’re pretty much like most middle-class middle-aged couples with children: too busy to exercise properly.

“Come do a couples session. It’s really worthwhile,” said Gretha back in December. “You’ll be amazed at how much it will help not only your cycling, but your general ability to do daily chores and activities,” she said.

I have to say that it sounded pretty unexciting. The workout studio looked to me like a PT class. Lots of medicine balls, foam mats, aerobics-style steps and light dumbells. Over the years, Joanne and I have become very familiar with the inside of a gym. Joanne embraced the Super Circuit at various stages over the years and at one stage, in my 30s, I became obsessed with using free weights to build a lean, strong torso and arms. We are not strangers to indoor exercise… How hard could it be?

But within the first 15 minutes of the first session with Gretha, we both realised that we were tackling something a lot more difficult than it looked. And that was just the warm-up!

A burpee is a relatively simple exercise that you do without any weights. Do you know how hard it is to do 10 in a row without feeling like you might actually die. That was the real wake-up call for me. Having to take a minute to regain my composure and catch my breath after just six burpees at our first session.

“I have never seen you look so disappointed,” Joanne said to me after one of our sessions with Gretha. “In fact, regularly in our sessions you look completely defeated. You never accept defeat and here you are looking defeated every week. Twice a week,” she said.

She’s right. No matter what challenges I have faced, I have never accepted defeat. I always find a way to solve a problem or regain my momentum. And here, muscles I forgot I had, are burning to such an uncomfortable level and my heart beating like it wants to escape, that I have no choice but to stop. Sometimes I just slump down on the floor and look at the drops of sweat rolling off my forehead, or nose or chin, leaving small, damp circles on the ground.

I feel like I’m watching time and my youth evaporate as those drops of sweat change shape and density and then disappear. But that was then.

The warm-up felt like a warm-up and we were able to execute all the exercises without feeling like we were being tortured. That kind of progress is very encouraging. Very! But it took us six weeks to get to this point. Six weeks of pain and perseverance. Six weeks of discomfort and disappointment. Six weeks people. That’s not a quick fix…

The sessions are never the same. After the 15-minute warm up we either focus on legs, core, upper body or arms. Or a combination of those. We never know what we’re going to be doing, which is probably why it’s so effective. When you do ‘traditional’ strength training in a gym, you do exercises that you’re familiar with and which you know you can do well. You also develop a routine that lets your body (and mind) get into a comfort zone. Sure, you’ll get stronger looking, but just come try one functional strength training session and see how much strength you lack.

Gretha is a our regular functional strength training instructor. But sometimes she asks fellow biokineticists, Minette or Annalize to put us through our paces. They fit us with heart rate monitor straps and we can all see our heart rates on the computer screen in the corner. We do the sessions at The Practice, in Linden, Johannesburg. It’s a private facility that means we usually have the studio to ourselves. We find we don’t have an issue pulling faces, laughing at ourselves – and each other – or even lifting our shirts/vests to reposition our heart rate belts. We’d never feel so relaxed in a busy public gym.

We aren’t in sublime condition. We probably never will be. But we are a heck of a lot stronger and more energetic than we were two months ago. The functional strength training sessions are designed to work your body (and will!) in ways that help you with your daily movements. They’re also very useful for committed sportsmen and women that want to gain – or regain – an edge.

I have found that my lower back no longer gets sore on mountain bike rides. One part of my job is instructing mountain bike skills clinics. My skills clinics can take up to four hours. Towards the end of 2016 I would get home and collapse after instructing a skills session. Physically dismantled. Mentally discouraged. Now I’m finding them way less arduous and those smiles at the end of the clinic as I say cheers to my pupils are genuine grins and not partial grimaces…

Joanne says that the lethargy she felt before we began the functional strength training is no longer there. It’s been replaced with temporary exhaustion on days when she does a functional strength training session after a mountain bike ride. On other days she feels just a little more in control and energised (we are doing 2 x 1-hour Wattbike indoor cycling sessions a week too)

Joanne doesn’t feel like she’s lost any weight, but she does feel like some of her muscles are getting firmer. I can see she’s becoming more toned, but she says she can’t notice it. She is – believe me…

At one stage we were actually starting to dread our functional strength training sessions. But now we’re sort of looking forward to them. Sure, there’s always pain. Gretha and Annelize seem to have a competition going to see who can be called Cruela D’vil the most by Joanne and I. Minette seems more sympathetic. The sessions are always changed to ensure we do something that makes us struggle a bit. There is always pain, but I like to call it progression pain.

It’s such a privilege to be able to do something like this with your chosen life partner. It changes the dynamics of the whole process because you have someone to share the suffering with. But also to share the gains and rewards with.

At today’s session while doing jumps onto a step, facing each other, I look at Joanne’s eyes. She was concerned about being able to jump high enough onto the top of the step repeatedly. She struggled with this a few weeks before. She decides to try. I see her eyes change from a look of concern to a look of surprise. And then it appears. A glint. A little glint of pride at the progress she’s made. A glint of satisfaction that six weeks of perseverance and commitment are paying off. I like that glint in her eye. It says I’m regaining control. It says bring on the next six weeks… 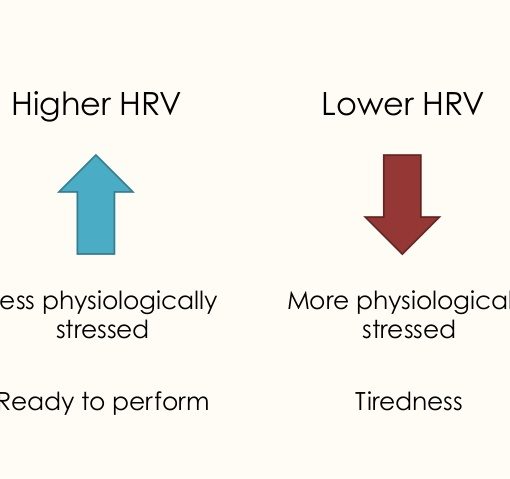 How many tools are in your training and racing toolbox these days? Truth be told the market is saturated with gadgets, new […]

Hello Zwifters! With the Virtual Tour de France in our rear view mirror, it’s time to unveil a number of new features […] 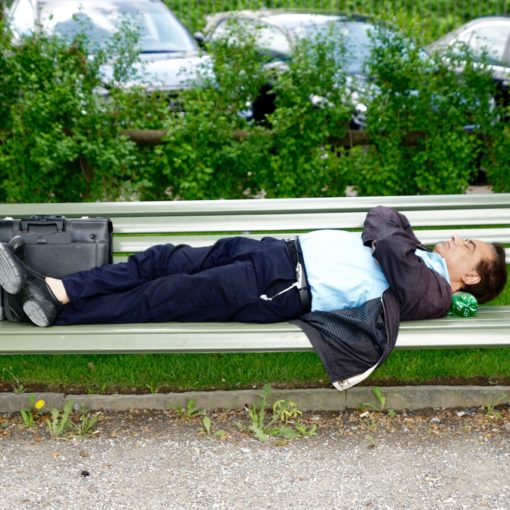 Originally published on https://www.conqagroup.com/blog/sleep-performance-recovery We spend so much of our lives sleeping and the effect it has on us is so profound. […] 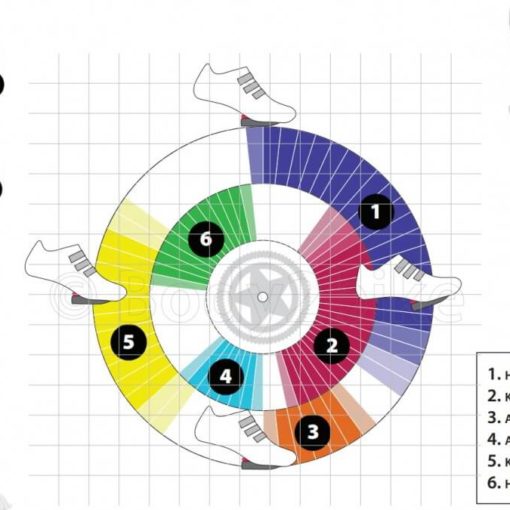 An effective pedal stroke isn’t just a matter of style; here’s how to refine your pedaling for better efficiency and performance.   […]